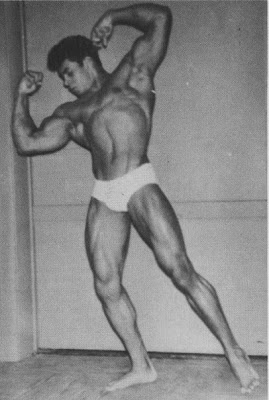 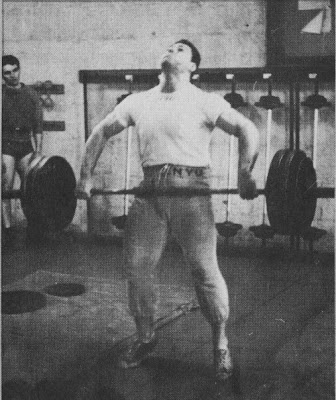 
What many lifters may not know is that in the area of high reps they may be gifted. I am not saying there is anything easy about a tough 50 or 100-rep set of squats or deadlifts. What I am saying is you might naturally be suited to high reps. You might ask, of what value is such high-rep work, and what is needed to actually do it?

First of all, you will have to be relentless to do it. Not so much to be intense, but to be relentless. When you get to the point where you can go below parallel on the squat with 200 lbs. for 100-150 reps, in no more than 10 minutes, and do the same with the deadlift, you will have made yourself tougher and will also be in great shape. You definitely won’t have to worry about being an “average” lifter.

At the Pit, a 500 lb. deadlift is average, and we have a 123-lb. lifter trainer who is after such a lift. But not many are after Dave Wedding’s squat and deadlift records because the high-rep work is so tough to do. Lots of people could do it in time. Most of all you have to be relentless, unforgiving in intensity and merciless to your own body.

As a child, I never envisioned myself as being a weight lifter. I played baseball and football and did well. I was a catcher on my Little League team, and middle linebacker on my 8th grade football team. My problem, then, was that I was 4’ 11” and weighed 78 lbs. During my high school years I grew at a slow rate, so that in my senior year I was about 5’5” and 130 lbs.

It wasn’t until I was 18 that I started a program trying to make myself bigger. At home I would do pushups while watching TV, then go outside and do chins off an old swing set. Later on, I joined a health spa. It was the usual ‘get as many members as possible’ place, bank the money and then forget about the members. Not one person in that spa trained their lower body. In 1980, after a year and a half of the spa mess, I joined the Pit.

After several weeks in the gym I approached Dick Conner and asked him if he could teach me to powerlift. The next six months nearly killed me. I was not used to training my lower body or the big muscle groups. Dick also cut out all the excessive movements I was doing at the health spa.

When I first learned to squat, it was like trying to ride a bike, learning to ice skate. I felt clumsy and embarrassed, and started with an empty 45-lb. bar until I could keep my back flat and squat below parallel. I could not believe that 10 exercises per workout would build my body. I had always seen the spa members perform set after set of each exercise and now Dick Conner was telling me that I had overtrained immensely. I am happy I trusted Coach Conner and stuck with it.

For my first powerlifting meet, Dick welcomed me to lift with his team so I could be introduced to the sport. He emphasized that I shouldn’t worry about my total since this would be a learning experience. My lifts were 265 squat, 195 bench and 380 deadlift in the 165 lb. class. I decided I was going to work my rear end off and show Dick I wasn’t a quitter.

Over the next several years I trained diligently, and listened to Coach Conner and his training philosophy. He would tell me to come to the gym, give it everything I had, then leave and not worry about it. My lifts rose slowly, but they rose.

After six years in powerlifting I squatted 455, deadlifted 540 and bench pressed 259 in the 165 lb. class. These were fair lifts but six years of grueling training told me that I would never be a top lifter. Something I found out in my years of training was that I had the ability to train high reps with moderate weight quite well. I had read stories from Dr. Ken Leistner about people performing high reps in the squat and deadlift and I knew I would have a better chance of performing these types of strength feats than single reps. I talked this over with Dick and he agreed with me. He told me I should only train twice a week since I’d be going at it so hard.