The Back, Part Two - John Grimek 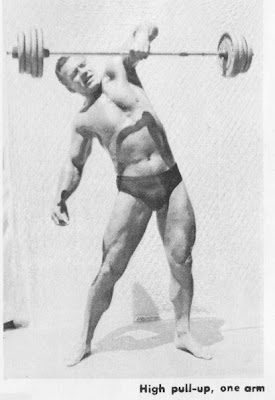 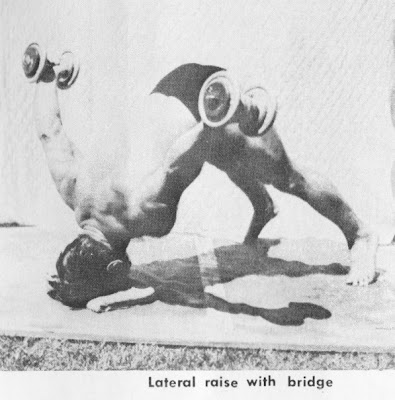 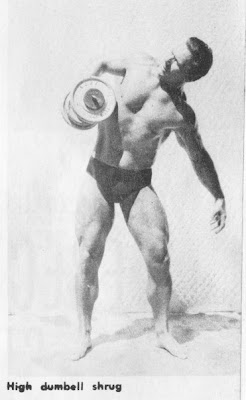 The Back, Part Two – The Trapezius

The development of the back is a varied and interesting study, and includes three specific areas: the trapezius, the latissimus dorsi, and the erector muscles of the spine.

Although many lifters believe the back consists mainly of the latissimus dorsi muscle, the fact is it’s the trapezius that is actually the largest muscle of the back, and the erector spinae is the longest muscle.

The average lifter thinks of the back only as the “lats,” but a glimpse at any anatomical chart will show that the latissimus dorsi area, although very important to back shape, comprises only one portion of the back and not the entire back area.

Impressive looking backs are impressive because they have corresponding mass with good muscularity, and that gives such backs a rugged and powerful look. But increased muscularity does not result from developing only the lats but more upon the development of the rhomboideus, infraspinatus, trapezius and teres groups. Consequently, the bodybuilder anxious to increase his muscularity must concentrate on developing the muscles located in the upper section of the back as well as on the large latissimus dorsi. On the other hand, if your goal is to achieve a more impressive V-shaped back, then you would be wise in specializing on the lats by adopting the training routine advocated in another article to follow written by Dom Juliano, who has, undoubtedly, the largest and widest latissimus development of any man his size and weight today, and his suggestions will be worth the effort.

Back development, I repeat, is interesting because such a wide variety of exercise to develop this area is available. And because it has three major areas, many effective and result-producing exercises can be employed. Most of these exercises involve only the muscle that is being worked, while other movements involve all areas simultaneously.

There is something about a well-developed back that has a rugged and powerful look, particularly when the trapezius muscle has been developed to the maximum. This makes the upper ridges of the back thicker with deeper muscular furrows. A back that does not have well-developed trapezius, even when the lats are fully developed, has that weak, immature look. To prove this, examine the backs of two such individuals – one that has a well-developed trapezius region, and another that is lacking in development in this region. Only a fleeting glance will convince anyone which is the better and stronger back. There is really no comparison between the two . . . it’s so obvious.

It’s a recognized fact today, ever since I first pointed this out a few years ago, that thick, massively developed trapezius do tend to cut down visual shoulder breadth, yet no bodybuilder should neglect the development of this muscle because of the many physical benefits that accrue from the exercises that serve to develop it. And although massively developed trapezius seem to give the shoulders less breadth, it is only an illusion created by those muscles that bulge out on each side at the base of the neck that cause this. This, however, can be overcome by developing the deltoids more fully, thus adding an inch or more to your overall shoulder width.

Although development of this muscle is rare, it is something that no one strives to acquire, yet to overdevelop any muscle (or group of muscles) one must apply greater effort and concentration to that area. However, one can control the precise degree of development of any muscle simply by eliminating regular vigorous work to that muscle, although some exercise should be done, once or twice a week, to maintain the size and strength of that muscle. So there is no reason why anyone should overdevelop this or any muscle unless he desires to, and certainly there is no reason why anyone should not develop it at least in proportion to his chest and shoulders.

Since the trapezius is the largest muscle of the back, which is activated in various movements, the more direct exercises are the shrug, high pullups, deadlift and lifting movements, especially all snatching and cleaning movements. Proof of this can be had by observing any champion lifters, all or whom have exceptionally well-developed trapezius muscles.

As already mentioned, the trapezius becomes involved in many exercises but I have selected six movements which I feel can be used to advantage by the bodybuilder. Two of these exercises – the shrug and high pullup, also known as the upright rowing exercise, is familiar to all bodybuilders, and when employed regularly, can help to develop the upper back area exceptionally. 10 to 12 repetitions for developing this muscle is ideal, although higher repetitions may be needed to bring about maximum development in some cases.

Four other exercises are included for added variety, simply because they involve other important muscles located in the trapezius area. The wrestler’s bridge, for example, is primarily a neck builder, and because the trapezius is actually a part of the neck, this muscle comes into play in the exercise, especially the lower section where it merges into the 12th thoracic vertebra.


Another good exercise is the lateral raise with bridge. This exercise is not commonly performed but has a definite place in any back developing program because or its action. It activates all the muscles of the back, including the neck and shoulders, but is particularly valuable where sharper definition and added muscularity of the back is desired. This and the preceding exercise should be done at least 10 times but not to exceed 15, unless experience has shown that higher, or lower, repetitions are necessary in your case . . . then include them.

The one arm high pullup is another terrific trapezius builder which also affects the deltoids, arm and lower back region. The exercise is similar in movement to a one hand snatch, except the weight is not pulled up to an overhead position, but only as high as possible and then lowered and repeated. 6 to 8 repetitions with each arm are recommended.

Shrug and simultaneously curling a dumbell into the armpit is a good combination exercise that activates not only the trapezius but the arm, shoulder, external oblique and the erector muscle along the spine. 6 to 8 repetitions should be done with each arm.

Of course if you decide to include all of the six exercises mentioned here, you should not repeat any of them over 8 repetitions, however, include enough reps to fully congest this muscle. On the other hand, if you are bent on repeating the exercises in several sets, 4 to 6 repetitions per set should prove ample.

Other exercises that activate the trapezius and can be included for added variety are: all forms of lateral raises (standing or sitting) in which the arms are carried up to an overhead position, the bentover or partly inclined lateral raise, presses from a low-start position, all lifting movements from the floor to shoulders or overhead, all chest expander exercises, etc. In fact it’s easy to find exercises for this aria if you don’t like any of the ones I’ve listed here. The important task is to do enough movements to make those heavy mounds of muscle feel tight and congested.