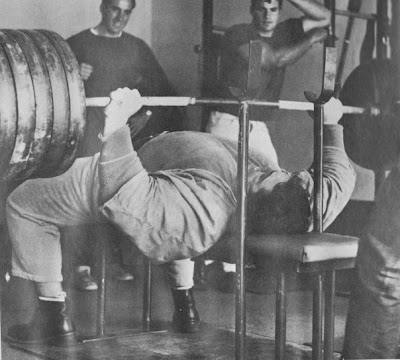 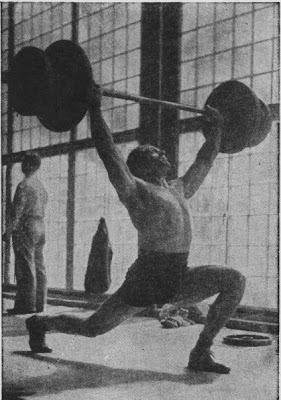 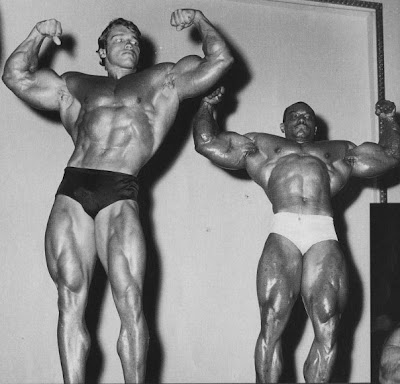 Q & A
by George Turner

Question: How have you adjusted your training and diet as you’ve gotten older?

Answer: My training has changed a number of times over the years. Back in the 1940s I trained my entire body every time I worked out. When I got out of the service in 1946, I continued training that way and was lucky enough to get a lot of help in planning my workouts from Clancy Ross. In 1948 I got a job running the weight room at the YMCA where I trained, and around that time I began working out four days a week. To my three-hour, Monday, Wednesday and Friday workouts I added a Saturday session. I was still training my entire body each time and actually added a set to each of the dozen or so exercises I did. I was 30 years old, and I thrived on all the work.

In 1950 I opened my first gym and began training five days a week on a two-way bodypart split. One week I worked legs, chest and back on Sunday, Tuesday and Friday, and shoulders and arms on Monday and Thursday. The following week I simply reversed the bodyparts worked, with Wednesday and Saturday always my off days.

I moved to and the scene in 1957, and managed the famous Dungeon for two years. For the next ten years I did variation on the five-day schedule. By now my workout included many sets and again lasted about three hours.

In 1967 I began separating upper- and lower-body training. I worked my entire upper body on one day, then on the next I ran two miles and trained legs and abs. I’d follow that schedule as many as 12 days in a row before taking a second day off. I continued training that way until late 1968, when I opened another large gym.

I was now 40 years old and had been training very hard for 26 years. I realized that I’d begun to need additional recovery time. I was quite strong but was beginning to experience wear-and-tear problems, tendinitis, muscle pulls and the like – not really injuries but clear warnings. To give my body the recovery time it required, I cut back to three days on/one off and started warming up thoroughly before each session. That way I was training each bodypart seven or eight times a month. I was still separating upper- and lower-body training. It’s a simple principle: You cannot work upper two days in a row, no matter how different you think the bodyparts might be. It just knocks the top off the recovery cycle.

I continued this method very successfully for a number of years, but by the early ‘80s even the three-on/one-off schedule began causing me to experience the overwork syndrome again. I knew quite well what the problem was – it’s called aging.

By 1984 I’d brought down my weight – which had been approximately 230 for 30 years – and settled in at a constant 208 to 210 pounds, even dropping to 185 to enter the Open division at the ’84 Mr. USA. I also started spreading my three workouts over five days, as follows:

I don’t sacrifice any heavy free-weight work with this schedule. I squat and deadlift religiously six times a month, heavy! I always warm up for 10 minutes on upper body days and ride a Lifecycle hard for 12 minutes to start my lower body workout.

My diet is very simple. I take a shitload of vitamins and supplements every day and have for the past 50 years, and because my metabolism has slowed, I eat just three moderate-size meals a day. I also take a meal replacement drink in the afternoon after my workouts. And, by the way, I eat two dozen eggs – including the yolks, of course – a week and about three pounds of meat. My cholesterol is 168 and my blood pressure is normal, as it’s been all my life.

I hope this long-winded answer to your question helps in your training.

Question: I like bodybuilding, but I also like powerlifting. Can I do both and be reasonably successful, or should I just concentrate on one?

Answer: I don’t think you can do both, I know you can! After all, powerlifting is a compilation of weight lifted in the three most fundamental bodybuilding exercises: the squat, bench press and deadlift. The list of champion bodybuilders who were also great powerlifters is endless. How about Bill Seno from ? Bill was a world champion in the ‘70s who also placed in the top five or six at several Mr. contests. Ten years earlier Chuck Collras was winning one big physique show after another in addition to being one of the three or four best 148 lb. class powerlifters in the world. Bill “Peanuts” West, my close friend for many years, has been credited with creating the modern sport of powerlifting around 1960, but before that he won any number of West Coast physique contests. Six or seven years later Bill won the national powerlifting title at 198 lbs.

Question: How do I get my calves to grow?

Answer: Your problem is one that has baffled bodybuilders for as long as we’ve been around. The easy way, of course, is to have parents who have large, well-developed calves; however, if, as with most of us, that isn’t the case, there are a number of things you can do to make them grow. Remember – it won’t happen overnight.

If you’re like most lifters, you’re likely doing too many exercises and, I suspect doing far too many sets and reps. There’s no point in analyzing your mistakes, though. Just switch to a routine that will get the job done right. This one has done the trick for many top people I’ve worked with and there’s no reason it won’t work for you as well. Here’s what I want you to do:

1) Train calves three times a week.
2) Do only one exercise. Never worry about your so-called lack of proper equipment. I owned several gyms between 1950 and 1992, but I can tell you that the most exciting, fun times I ever had while training took place in my basement and, later, in a handball court at the local Y that had been converted to a weight room.
3) Make that one exercise the first one you do on those three days.

Start with a weight that you can handle for 12 strict, slow reps. Hold each rep at the top, fully contracted position for a count of three. Without bending your knees at all, lower the weight slowly and deliberately to a full-stretch, heels-depressed position. Hold it for a three count, then, with the same smooth, deliberate action, raise your heels back to a complete contraction. Hold for a three count at the top and bottom of every rep.

Increase the weight by one plate on each successive set. When you get to the fifth set, stay with that weight for the 4 sets of 8.

Don’t kid yourself. If you do this exactly as I’ve outlined two things will happen. Your calves will get sore as hell, and they’ll start growing. This workout will test your powers of concentration, but it’ll give back what you put in.