Here's a rare treat from Your Physique magazine, Issue Number Two, COURTESY OF MICHAEL MURPHY. Thank You, Sir!
If you see this, my good Brother L.T., all the best sent to you!
Let's Live, while we're still Alive! 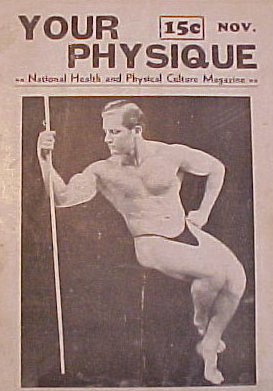 From This Issue.
Photo Courtesy of
http://musclememory.com/ 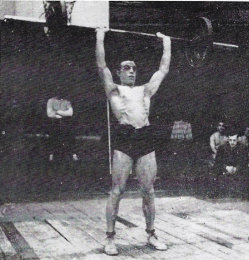 John Stuart of Verdun, P.Q. breaking the Canadian Lightweight press record. This was when Joe and Ben Weider were creating and selling their magazine in Canada. The formative years, when they were both still very young. Joe would have been 21 at the most, and Ben 17. 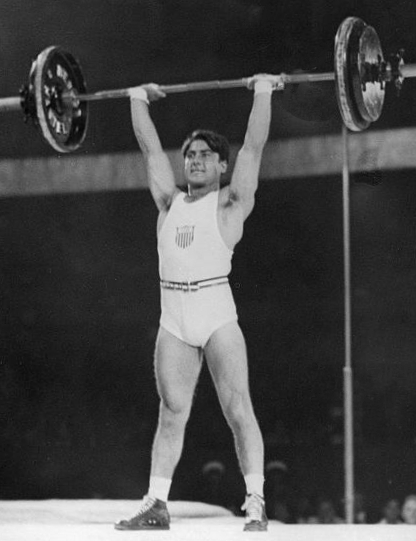 For several years, the three Olympic lifts have been the basis for weightlifting competition the world over, and while for the life of me I cannot see that this helps to popularize the sport, those wishing to take part in contests are forced to specialize on the Press, Snatch, and Jerk if they want to make any kind of decent showing. So many of our lifters understand this and spend countless hours practicing these lifts but for most people progress seems to be slow. Suppose we analyze these lifts and in this issue spend most of our time on the Press.

Some people have always claimed that the main factor in a person's pressing ability was the question of leverage. As a matter of fact they almost imply that if you do not possess good leverages you had better forget the idea of ever becoming a good presser. Personally, I do not agree at all on this matter. I look upon it as an excuse and a very poor excuse at that, because they themselves were never able to make a fair showing in the lift.