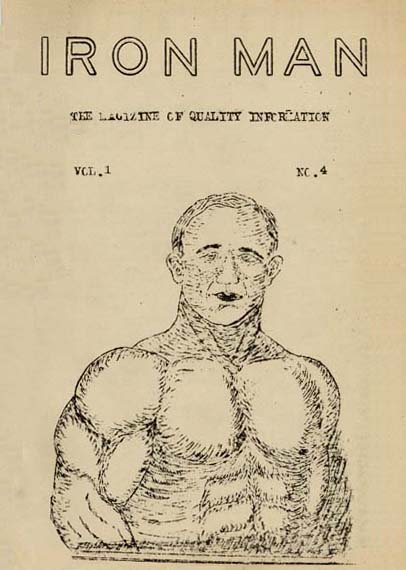 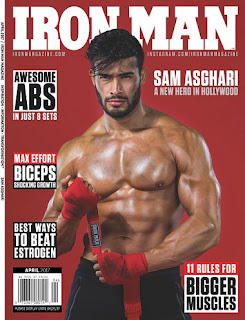 The Raw Story:
An Argument for Ditching All of That Cool Weight-Room Gear
by Eddie Avakoff (2017)

The Squat is everything that's right in the world of weight training. A quote written on a wall inside Metroflex LBC reads - "The squat is the perfect analogy for life: It's about standing back up after something heavy brings you down." That sums it up right there.

The Squat is a movement that can be deemed applicable training for just about any sport or endeavor. Squats test the strength of your legs, core, and anterior/posterior systems (depending on how you squat). Squats also test sheer explosive power. Squats are one-third of the sport of powerlifting, an enormous component of Olympic weightlifting, and the root of everything "functional."

Squats have become the strength benchmark in the gym. "How much you squat?" has become as much of a validation as "How much you bench?" - a question that dominated the scene in the 1990's until the early 2000's. Funny enough, the squat was revered with the same validity back in the '70s and '80s, a classic age in the weight room.

With the new-age rise of functional fitness, the squat has seen a resurgence in the mainstream community. And rightfully so. It's an all-encompassing movement that serves a purpose for just about any sport. Of course, much like the movement's exposure to the masses, niche equipment has also risen to the surface of mainstream training. This equipment is made for specialists of the movement, not for the masses. Although most of our one-rep maxes could use the additional stability of a belt, is it necessarily in our best interest to always strap one on?


What I'm getting at is specialized equipment designed to aid the squat has become a backbone of mainstream training with the squat. What should be saved for the elite specialists (highly skilled lifters who use these tools as a strategy into larger lifts) is now being overused by anyone, often for vanity and self-inflation. And there's a irony here. If someone's training the squat in order to build their core and their legs, yet they insist on using a belt, knee sleeves, Olympic shoes, wrist straps (to support the stress of a low-bar back squat?), an eight-foot bar and the whole nine yards how do they expect to place any stress on the body itself?

I mean, if the belt stabilizes the midsection, elevated shoes allow for an easier drop into the hole, and knee sleeves and the bar allow for a faster bounce out of the hole, then when does the body get to do any work? And that's what we're supposed to be training, right?

Now don't get me wrong. A specialist, like a competitive powerlifter, needs to know how to use this equipment to optimize their max-effort squat. But for those of us who train the squat as a raw primal movement, a tool to aid our pursuits in complete hybrid fitness, then this equipment might not be as much of an asset as it is to a specialist. I'm also not saying hybrid athletes shouldn't have these tools in their arsenal; they just should know how often to use each one.

What tends to happen to people who use this equipment day in and day out is that they begin to develop a dependency on the handicap that the equipment provides. "Sorry, Bro, I can't squat until I have my belt and my shoes," says every self-absorbed functional diva alive. If the name of the game is functional training, one should be open to squatting with a belt. without a belt, with shoes, barefoot, and with any additional equipment or just completely raw. The word "functional" implies everyday applicability, and when's the last time you needed a belt and special shoes to get in and out of a chair? (The one gray area in this argument is knee sleeves, which do add a stability aspect to one's knees, which might be more of an injury deterrent than a performance enhancer.) Nevertheless, a dependency is a dependency, so I personally aim at squatting with zero equipment as often as possible.

As athletes, we should still have a squat belt, shoes, sleeves, straps and other equipment in our repertoire. So when do we implement the use of these tools?

Well, it really depends on the goal of that training session. Let's say you're doing a squat workout, and as much as you want to blast your legs, you also want to build up your anterior chain. This is when using a high-bar squat with no belt is far more beneficial to you than a belted low-bar squat. Will you squat more without a belt and with the bar on a higher position on your neck? Probably not. But this is training and training is when you beat yourself up and make yourself stronger, not hide in an egotistical bubble of equipped lifting when you aren't even a powerlifter.

Let's say you hit a long run on Saturday, and come Monday's squat session your hips are very tight. Then you might want to open the hip flexors (by shortening the calf muscles) with some Olympic shoes. The elevation of the heel will allow for an easier drop into the hole, which can be rather troubling for us endurance athletes days after a long run or bike. Do I need Olympic shoes for every squat workout? No. Should I use them if I need that little extra boost when my body isn't 100 percent? Sure. Everything is fine in moderation.

The factor to be wary of, when using specialized training equipment, isn't necessarily the lack of muscle activation, but how much one will psychologically enjoy the ride at 105 to 115 percent of their true 1RM. Slap on a belt, some Olympic shoes, sleeves, wraps and a 330-lb squatter is suddenly chasing the 400's. Who wouldn't want that for a max-effort gain? But save those "superpowers" for a max-effort day every few months, where you get to suit up in the armor and test every possible pound you can muster. But on a day-to-day training regimen, the fastest progress and strongest muscular adaptations come from raw unadulterated strength, not how well one can push air into their belt.

The bottom line is this: There's going to be a day when the belt, the shoes, and even the sleeves won't be there. It will be just you and the weights. You and your own self-reluctance. When the time has finally come to face the weight in your most vulnerable unequipped, raw state can you sack up and make the lift? Or do you need your fancy belt and shoes? When this day comes and you fail the lift to yourself as well as those around you, those belted, strapped, ego-inflated sets will all be for nothing. You are only as strong as your weakest link.