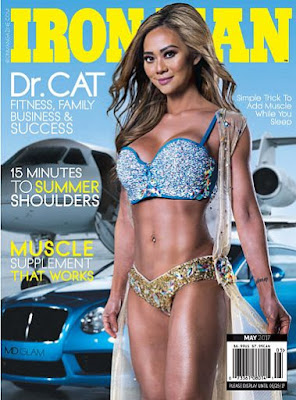 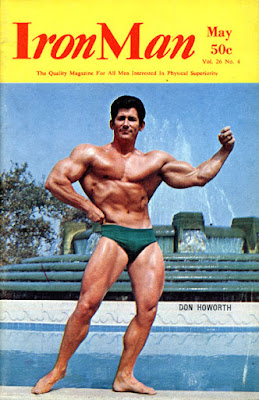 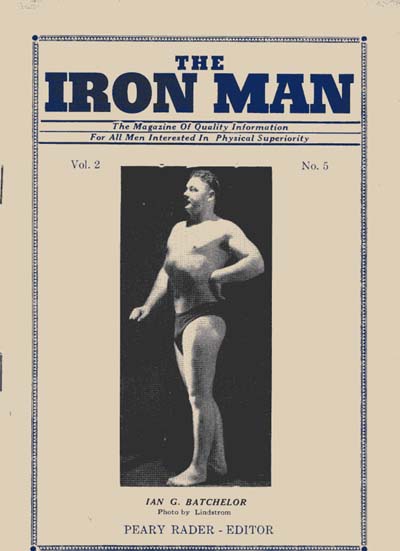 
Power Versus Pump:
How to Use the Big Barbell Lifts to Improve Aesthetics and Strength
by Eddie Avakoff, owner of Metroflex LBC


I love the sport of powerlifting because it makes so much sense.

You strengthen a system (your body) and test that system under weight. If the applied weight is successful, then increase the weight and continue to do so until the system reaches failure. Upon failure, determine what component of the system caused failure (let's say weak hamstrings). So you isolate the weak component and hammer the hell out of it until it's stronger. Go back and test the system. Then, good lift!

So increase weight and test again. Let's say failure again, but this time it's because of grip strength. So go isolate the grip (maybe some  heavy-ass farmer walks) until your grip gets stronger. Then go back and test the system.

I like this way of thinking in the weight room because it really allows a strength athlete, otherwise monopolized by the barbell, to branch out into the "bodybuilding" world. Hypertrophy builds muscle. Volume builds size. So 3 sets of 10 reps followed by a down set of 2 x 20 still has its purpose even among one-rep-max guys. Obviously, the purpose of the proposed dumbbell hypertrophy wouldn't be for aesthetic gain (although that is a subsequent benefit), rather it remains consistent with the ultimate goal of improving power.

At Metroflex LBC (Long Beach, California), our world-class powerlifters spend a solid 90 minutes to two hours on the barbell for a squat day. And following that, they begin an entire workout for that particular muscle group of the day. For example, after two hours of squats (free squats, high-box squats, low-box squats, pause squats, static squats), our lifters then set out for an entire leg workout (leg press, quad extensions, hamstring curls, calf raises, weighted lunges, and glute ham raises).

All in all, it makes for a long day at the office.
But it's also a foolproof plan at getting world-class strong.

Deadlifts are the same format: 90 minutes to two hours of pulling (deadlifts, down-sets, rack pulls, deficit deadlifts, static deadlifts, and sometimes snatch-grip pulls). Then, as if your spine wasn't already about to snap in half (and believe me, your erectors will be pumped), you begin an entire back workout consisting of shrugs, cable rows, lat pulldowns, plate-loaded high-row and low-row machine, hamstring curls, reverse hypers, biceps curls and occasionally some tire flips, farmers carries, and prowler pushes. You know, the fun stuff.

Bench day is no different. When we bench press (either heavy or volume), we overload with board presses, pause bench presses, static bench presses (where you pause and hold in the sticking point), and close-grip benches. Then comes the chest and triceps workout, usually consisting of incline dumbbell presses (sometimes single-arm versions), triceps pullovers, weighted dips, dumbbell flyes, triceps cable pushdowns, behind the neck presses, and face-pulls.

So there is certainly an applicability for a powerlifter to incorporate bodybuilding movements - even in a bodybuilding type format (meaning higher volume sets and reps, and using various intensity techniques, such as drop sets or rest-pause). On the flip side, I also believe a bodybuilder should use powerlifting movements, although to a lesser degree.

So that's all well and good, but one thing a bodybuilder needs to consider is that powerlifting movements not only build muscles, but they also build tendons. And improved tendon strength usually means increased size. The excess weight will even make your joints larger and your bones denser and stronger. Normally, that sounds kind of nice. But as a bodybuilder, where the goal is to create an illusion of massive muscle (aided by small joint size), excess barbell work could ultimately undermine your training. So using powerlifting rep schemes (3 to 5 reps with heavy load) in moderation is the key here. Squatting builds your knees (contrary to the popular belief that it ruins them, it doesn't), so knee size will diminish the proportions of one's hamstrings and calves. And benching can grow your elbows and triceps, so guys whose goal it is to get onstage also need to watch their proportions and symmetry.

Moderation, then, is important for bodybuilders exploring power movements, since aesthetics are a dictate of the sport. Powerlifters, on the other hand, have it a bit easier here, as they can lift what they want, how much they want, and even go out and eat what they want after.

And it doesn't get much better than that.
Lift big weights and eat big steaks!