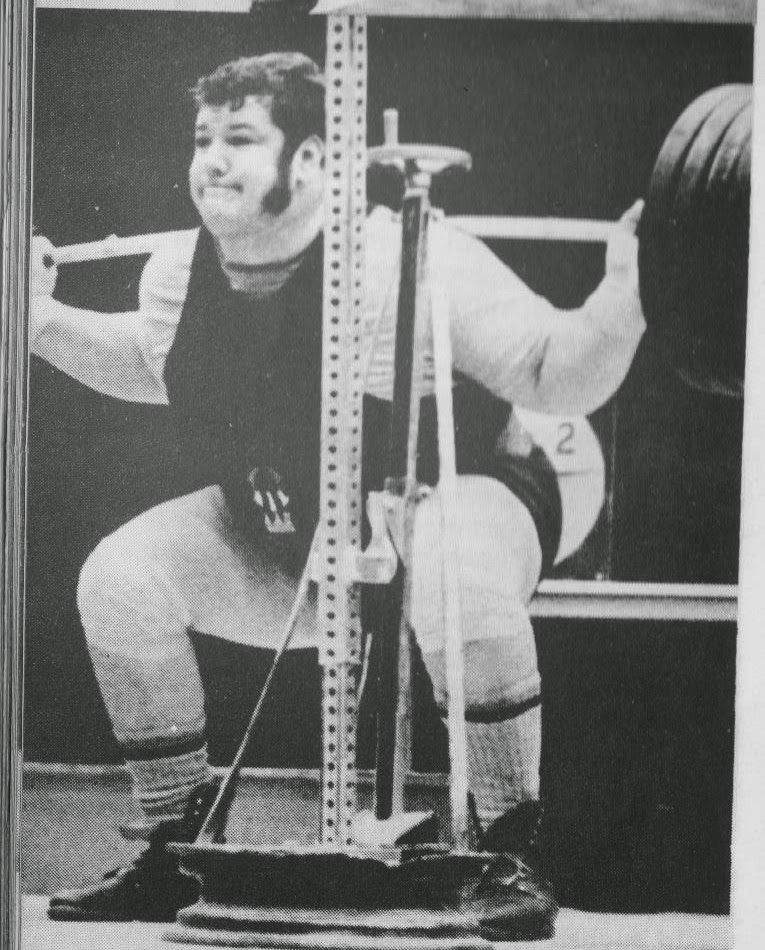 
To many of the fans of powerlifting, I am sure that the name of Don Reinhoudt does not ring a bell. It may possibly be due to the fact that he has not received the publicity that he deserves. He has totaled over 2100 three times during the past year, took third in the 1972 World Power Meet held in Harrisburg, Pa., with lifts of 590-830-725, and set the American squat record twice, in the superheavyweight class. He is the the most rapidly rising superheavyweight on the scene.

How did this man come from relative obscurity to set American records? Why did he start to lift weights? The answers to these questions and many more will be answered in this article. 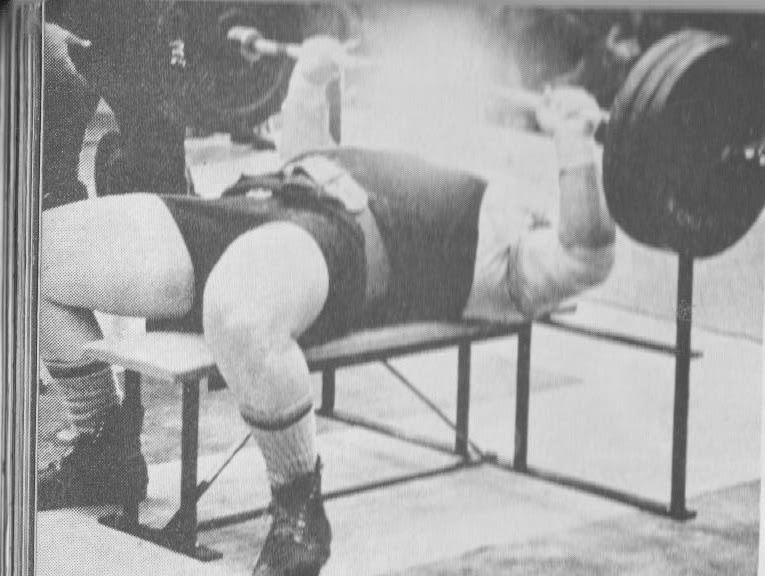 
Don Reinhoudt  was born March 6, 1945, in Dunkirk, New York. He led a normal childhood sports-wise, playing local games of football and baseball. He always admired strong men and strength. As a result of this, Don always wanted to become strong. In high school Don stood 6'2" and weighed 225 lbs. He played football, making all-conference at end for three years, and also played basketball. He also participated in track, putting the shot, setting league and conference records. He then went on to college to further his education as well as sports career. It was at this point that he decided to start lifting weights to increase his size and strength with the idea in mind of becoming a better football player and shot-putter. When he first started lifting, all he did were curls and overhead presses. He knew very little about lifting, and this coupled with lack of knowledge on the part of his college coaches did little to get Don headed in the right direction, and few gains were made on this program.

After leaving college, Don decided to give Olympic lifting a try. He lifted for a year and felt that the results were not encouraging enough to keep up with it. He pressed 340k snatched 250, and did 370 in the clean and jerk. He had read a great deal about powerlifting, and knowing that Olympic lifting required expert coaching to get to the top, he quit the Olympic lifts and went to powerlifting in 1969. In just the space of a few months, Don squatted 670 in the Jr. Mr. A.M.A. meet in Erie, Pa. Don's first official total was 1745 comprised of 440-670-635. It had taken him six months to reach this level. In the space of three years his total has shot up to 2175 officially. This total was made up with a 580-825-770. Don made this fine number during the summer in an outdoor meet and the weather was very chilly, otherwise his totals could have been considerably higher.

Don first broke into the 2000-lb total club in January, 1972. This was at the Sr. A.M.A. meet in Erie. In April he did 2005, and then in June at the Region II meet in Cumberland, Maryland, he made his big breakthrough and totaled 2150 with lifts of 555-870-725. The 870 squat was a world record and went so easy that it was unbelievable; however, when weighed it turned out to be light and Don had no further attempts left.

Don has made rather rapid progress, and in order to do this there is usually a gifted coach standing in the wings to give encouragement and advice. Such a coach is Don's wife, Cindy. She is quite an athlete in her own right with lifts of 220 bench, 415 squat, and 385 deadlift. Her squat is a most impressive lift. In addition she was a shot putter on the American Women's Olympic Team and a silver medalist in the 1963 Pan Ams. 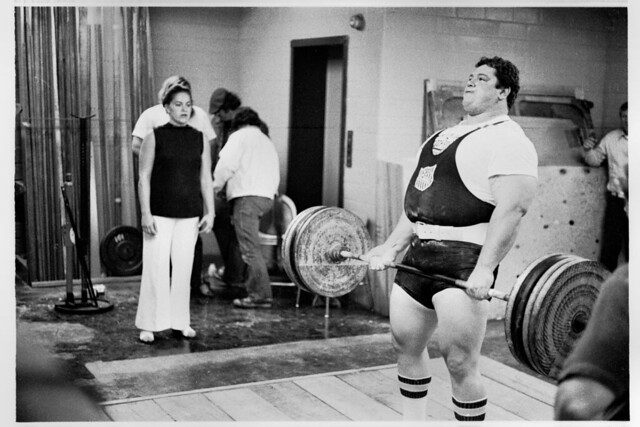 Don gives full credit to Cindy for her coaching ability, as well as her encouragement. "Without Cindy," Don said, "I would never have reached the poundages I'm handling now. She deserves all the credit."

Needless to say, this also puts Don's mind at ease knowing he has full approval and encouragement from Cindy while spending the long hours in training that are so necessary to become a champion lifter.

Don works full time holding down a demanding job as a Public Accountant. He fits workouts in four days a week: Monday, Tuesday, Thursday, and Friday. His routine varies as to the goal that he is trying to accomplish. He feels he needs at least nine hours of sleep a night. As for diet, he eats plenty. This is not hard to understand, for a man weighing nearly 350 pounds does not get that eating just one meal a day. He consumes one gallon of milk a day, and a quart of cottage cheese. He also takes 12 tablespoons of Amino 50, a predigested protein, each day, plus several protein drinks that he mixes. In addition, he takes 5000 mg of Vitamin C daily to ease muscular soreness as well as speed recuperation.

His routine is as follows:

Mondays and Thursdays he squats and deadlifts.

Don does this workout on Mondays and Thursdays, with the only difference being that he changes the order around, doing deadlifts first on Thursdays.

Tuesdays and Fridays involve bench work. He works on the power rack and the following is the routine he is currently using:

Don finishes off by doing pushups with his feet raised. He does 2 sets of 10 reps with 100 lbs attached to his body.

Once every three weeks Don will do a regular bench workout to see what he can handle. Then he'll go back to his power rack workout. Don feels that with this routine you won't burn out your shoulders, and that you develop more explosion from the chest. He has also improved his bench press from 510 to 605 in seven months. That alone speaks for itself.

Don's future goals include winning the Jr., Sr., and World Power meets. He also wants to officially squat over 900, bench over 600, and deadlift over 850.

His best poundages in training re a 605 bench, 915 squat, and 800 deadlift. He has totaled 2305 in training with lifts of 605-905-800 all on the same day. He has not been able to put it all together in a meet yet. Obviously Don leaves his best lifts in training, and he is trying to correct this.

In the vital statistics category Don registers the following:

Don has trained hard to get where he is today, but as he says, "I have only been in hard training for four years." He now intends to train much harder and achieve all of his goals. I am sure with his perseverance and dedication Don will reach not only goals, but go way beyond then.