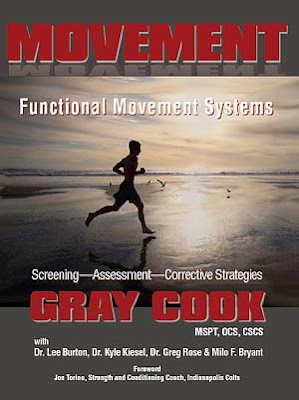 
A sound mind in a sound body is a good maxim. The sad part is that not everyone inherits a sound mind or a sound body or both. We find very few individuals who are absolutely healthy. Some of us inherit certain physical defects, others acquire them through bodily abuse, through faulty habits, through improper nourishment, etc.

The body is built and operates according to definite laws; and discord of the normal physiology can be traced to some disobedience of these laws. Many of the postural defects, though thought small at first, have through negligence and improper care gradually developed into gross deformities of disease. Did you ever hear someone tell a child to stand and sit erect? Probably you've heard it said to many a child, or for that matter many adults. "Straighten up" are words often heard by a child. He will do this; yet it is only an instant before he is back in the same faulty attitude. Many of the afflicted have not succeeded after persistently attempting to do their best. It is a physical impossibility for them to retain a correct posture.

Did it ever occur to you to find the cause of this? Some will say the child or adult will outgrow it. Now let me state right here, if left alone he will NOT outgrow it. As the child grows older and approaches puberty, that critical change from childhood to young adulthood, the entire system undergoes a readjustment, and many defects have a tendency to come to the surface. It is most frequently at this time, and during the following years of adolescence that common and well known affliction develops.

Now let us go to the bottom of most all anatomical and physical defects and ailments, i.e., the spine. The spine is the chief support of the body, and when anything is out of order with it the whole physical organism is affected. When the spine weakens the shoulders become drooped and stooped, the chest contracted and all the vital organs drop below their normal position in the body. Then all sorts of complications set in. Take for example a posture noticed on the average person know as round or stoop shoulders. This position is commonly attributed to laziness and indifference, and a few others may be from carelessness. But there is a class, and this is by far the largest, in which round shoulders are a real weakness in the body. And the weakness is not primarily in the shoulders as everyone thinks. The stoop is the result (an effect) of the real weakness.

This backward curve of the spine, instead of the forward curve at the waist line as it should normally be, takes away the 'brace' or truss of the spinal column, which is so essential in maintaining an erect posture of the shoulders. It allows the person to 'double up', squeezing the contents of the abdomen at the waist line, and to drop the shoulders, flatten the chest and depress the lungs. The back is one continuous backward bow. When the individual does try to sit straight it is with a constant effort; the normal physiological curves of the spine are not apparent. In other words, it is impossible for him to sit upright.

First then, there is a spinal weakness in the region of the nerve supply to the digestive organs; indigestion of various forms is a common accompaniment. The stomach being cramped and crowded down cannot digest the food properly. The liver cannot wholly eliminate the bile and poisonous matter from the blood, and the system is thus made ready to receive and retain disease germs. The natural action of the intestines is interfered with and the body is filled with impurities. The kidneys cannot thoroughly do their filtering work and this adds much more to the process of gradual destruction.

Second, the flattened chest lessens lung and heart capacity. The upper ribs are depressed, shutting off freedom of circulation to these parts. The lungs cannot expand sufficiently to take in enough oxygen to vitalize the blood, and the heart cannot keep it properly circulating. It is an actual fact that many cases of consumption and other dangerous ailments can be traced directly to spinal trouble. The round shoulders are of course most noticeable, and still the least serious.

Is it a wonder that a child's blood (or an adult's) is apt to be impoverished? Primal causes of anemia are poor digestion and insufficient aeration of the blood.

What, then, should be done in order to correct what the average person calls round shoulders?

From careful observation and study of these cases, it is evident that the treatment resolves itself into the treatment of posterior spinal curvature. Shoulder braces, steel braces etc. have little if any place in these cases unless there is diseased or damaged bone of such severity that the cast becomes necessary; such cases do not come within the scope of this article.

The individual must be conscious of the work required of him and act in harmony with his tutor. The individual's part is, in a way, as necessary as the work of the physical trainer or the physician. Usually when the person arrives at an age where pride of physique and gallantry enter as life factors, some individuals soon overcome the postural weaknesses. With others, only correct persistent physical training under a competent instructor will readjust the defect. It is a matter of record that bar bell exercises followed regularly and in a progressive manner bring about better results when the body is free of developed structural defects, imbalances and poor systems of movement.

Some day we will look for the anatomical defects and weak points which are inherited or developed over time and then correct and prevent them, thereby curing so-called inherited tendencies for certain diseases and deficiencies.

Rid yourself of physical ailments and imbalances while strengthening your physique, and you will plunge into life with renewed vigor and activity.