The Development of the Clean & Jerk, Part Ten - David Webster 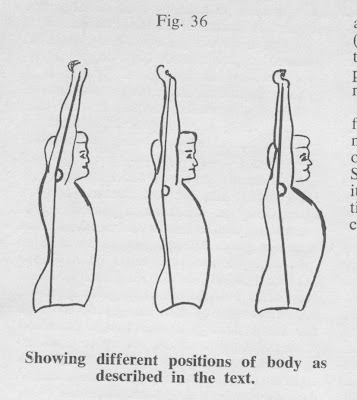 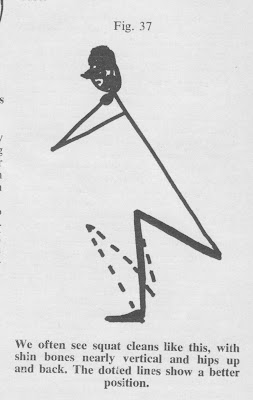 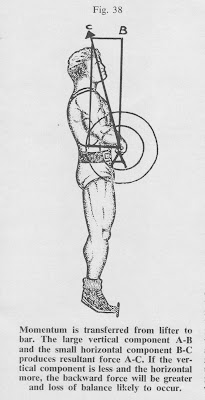 Mobility in the Clean & Jerk


When many lifters and coaches discuss the need for mobility in lifting, their remarks, I have noted, tend to be confined mainly to mobility of the shoulders and back. Mobility of the hip, knee, and ankle joints are discussed to a much lesser extent and yet a great many faults can stem from lack of mobility in these regions. Good lifters should be able to work all joints through a wide range and in some cases special exercises could well be practiced to achieve what is commonly known as suppleness.

The trouble is that when there is some deficiency in mobility, compensatory actions are introduced and wrong movement patterns set up to cope with the situation. We will give just a few examples and having pointed the way, suggest you do a joint-by-joint check on the range of movement through which you work the various body parts. There are actually large protractors available for measuring the various angles but these are not essential by any means. You can use the naked eye and judge the movement of the parts against (a) a vertical line, such as the edge of a door or a high-jump stand and (b) a horizontal line such as the edge of a platform or a painted border on the wall.

Let's get right into the practical side of the business and come back to see some of the finer points later.

As the shoulder joint has been so well discussed in clubs we will confine ourselves to just a few observations.

I will make myself unpopular in many quarters by saying that in many cases the condition commonly known as 'tight shoulders' has been brought on by the lifter himself. There is no doubt that specialization on bench presses and such exercises, particularly short range movements, without a corresponding amount of work for the antagonists, will not be conducive to good lifting in snatches or jerks, or even presses done at speed.

I would further point out that the habit of hollowing the back in bench presses is often duplicated in the overhead lifts.

One factor we must consider in the shoulder joint, and all the other joints too, for that matter, is what physical educationists call 'the stretch reflex.' This is a sort of mechanical reaction which protects the joint involved. For example, in a bench press if you lower the weight quickly to the chest you can get a bit of a bounce by putting the pectorals on the stretch and there is what is virtually an elastic recoil helping overcome inertia and setting the bar on its way upward. All lifters with a good 'physical awareness' well be acquainted with this reaction. Of course, when you are working with the weights overhead and the pectorals are stretched (particularly by a backward pull) the same stretch reflex will bounce the weight forward and often out of control. Even if the lift is done with a directly upward pull and without being vicious enough to produce a detrimental reflex action, the muscles being shortened will make it difficult for the arms to be placed vertically overhead. More often than not, the lifter hollows his back and the arms are then vertical. If there is just a few degrees involved there is a better way and indeed here is a tip that all lifters should practice. Inflate and raise the chest as much as you can and this in itself will make the necessary adjustment. We have illustrated this point by showing three lifts with the arms at the same angle to the body (Figure 36 above), but in the first sketch the lifter has the weight out front; in the second it has been brought overhead by pushing the hips forward and hollowing the back a little; an in the third the lifter has inflated his chest. This is also shown by the increased angle of the sternum in the third sketch.

Let's turn out attention now to the hip joint. All too often this is entirely neglected in considering mobility and I have known lifters who have difficulty in holding their Jerks because their hip mobility was not too good. Coaches have even diagnosed ths fault as 'tight shoulders.'

THIS FAULT IS EVIDENT IN MANY LIFTERS WHO USE THE SQUAT STYLE OF SNATCH AND ALSO SQUAT CLEANS. IT IS NOT NEARLY SO COMMON (ALMOST NONEXISTENT) IN THOSE WHO SPLIT ALL THE TIME. I must emphasize that this is not by any means a hint that you should change to splitting -- definitely not. It is done in order to pinpoint the fact that it is lack of mobility that is at fault and show that it can be corrected by adopting the wide split position and SLOWLY LOWERING YOURSELF INTO A DEEP SPLIT. This must be done many times in each workout. You should also practice getting and holding the correct position with the rear leg extended, chest up but not pushed forward. The pelvis must be placed correctly so that it is level and not lifted. To further clarify this final point, imagine the pelvic basin as holding water. If you allow the pelvis to be lower at the front (as it usually is in this faulty style) then the contents would spill. If correctly placed, on the level, then there would be no spilling.

This incorrect 'pelvis tilt' Jerk is typified by a short Split where the feet are not far apart. Widening of the feet will only aggravate the fault and a wider Split should not be tried until hip mobility exercises have been practiced for some time. The fault is not a difficult one to cure.

I have watched Ike Berger in many world championships as well as seeing him training at York, and it has been very evident that his best jerks have been made when he has eliminated his short Split with the pelvis tilt or a wide Split and carrying his hips back, and, instead adopted the more efficient wide Split with extended rear leg, and hip and shoulder joints under the bar. His best performances at the time of writing were at and before the Olympic Games in Tokyo and his technique was truly excellent.

Anyone who has carefully watched the world's top lifters will have seen many of them doing a hip rotation exercise in their warmup before training and competition. They stand with hand on hips and with feet a little astride. The hips are then pushed forward, moved to the right as much as possible, backwards and then to the left. This circling is then continued keeping the hips square to the front. Later the action is reversed, moving first to the left and circling clockwise. This is just on eof hte many fine mobility exercises you can practice.

Before leaving this discussion on hip mobility, it should be pointed out that so far we have mentioned hip EXTENSION. Because of its ball and socket type of articulation many other movements can take place, eg., rotation, circumduction and adduction, abduction and flexion. The latter two are movements of importance to those using the Squat, as good mobility allows them to spread their knees wide apart and get the hips close to their heels. Without good flexion and abduction of the hip joint, a fine position would not be possible.

Obviously the old bogey of THE STRETCH REFLEX comes in here again and you will often see a lifter's knees come inward as he takes his bounce. In all fairness I should point out that the reflex IN THE BOUNCE helps a good deal but there is more to it than that. Much of the bounce at the foot of the Squat comes from 'soft flesh apposition,' in other words, the bump of the underside of hte thigh on the calf muscles. This has got to be timed correctly if maximum benefit is to be gaind.

In talking about the joint action in the low position our thoughts naturally turn to how the ankle and knee joints are affected and right away it can be seen that flexion of he knee and dorsi-flexion of the ankle joints must be possible without strain.

A great many people are sadly lacking in this department as a little investigation will show you. How many of your friends can, with bare feet and keeping their heels on the ground, sit right down in a deep knee bend so that their seats are not more than say, six inches off the floor? Many people find this impossible although they may have prided themselves on their suppleness. Women, because of constantly wearing high heeled shoes, and soccer players because of regular sprints, plantaflexion in kicking and so on, are deficient in this respect.

If you do not have good mobility of the knees and ankles you cannot hope to get a perfect position at the lowest point in a Split of Squat Clean. You should be able to sink low without discomfort jan without triggering off that protective mechanism that comes into play to prevent overstretching of 'tight' joints.

This should give you food for thought. How many lifts are lost because of lack of mobility in the various joints? Again I stress to you as lifters that it is not good enough just to be able to spot faulty technique. YOU MUST ALSO BE ABLE TO SPOT THE CAUSE OF THE FAULT.

Many glaring errors are made through not being able to work the limbs through a wide range. Incorrect movement patterns are set up to counteract this. If the root of the trouble is tight ankles, knees, hips, back, shoulders, etc., then start doing things to correct these conditions and these are to be recommended in prederence to increasing the height of the heels, etc., as often this makes the condition worse.

Here I have simply given some pointers and hope that this will stimulate thought. I am very aware that many more pages could be devoted to this subject and the technicalities explained in detail rather than the simplified versions given here. The best forms of education, however, demand that the student is made to think rather than have mere facts presented to him. I am sure you will find a little study of this subject very interesting. The majority of faults can be traced to muscles and tendons rather than the construction of the joints, but you should be aware that poor mobility is sometimes congenital.