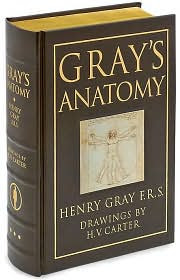 
There is more to good lifting than knowledge of basic lifting skill and good nutrition. Success in weightlifting is dependent upon many things which may be categorized as psychological, physiological and anatomical. The psychological aspect, of course, involves the intricacies of “psyching up” for training sessions as well as meets. Physiological in this context refers to circulatory, respiratory, and the catabolic or anabolic (tearing down and building up) and nutritional adjustments which are made in response to training. The last category, anatomical, the subject under discussion here, concerns specifically muscle function. Without a knowledge of how muscles function to move body parts the process of correcting improper lifting techniques is extremely difficult. Unfortunately, many lifters do not see this as being important, yet they should, particularly if they are presently at a plateau in their lifting successes.

Although there are many anatomical aspects to consider, we will be discussing only three:

1.) the spatial relationships of muscles.
2.) the muscle’s line of pull, and
3.) placing muscles on stretch.

As an example, the bench press will be used to explain these concepts. Once you have a fuller understanding of anatomy and these concepts you will be able to transfer them to other movements as well. The bench is, generally speaking, a simple lift requiring few well-developed techniques (?). To be consistently successful, however, one must acquire more refined techniques. Understanding the refinement of bench press techniques necessitates an awareness of the spatial relationships and the line of pull of the major muscles which are innervated or activated during the lift. The muscles which are primarily involved are the pectoralis minor and pectoralis major of the chest; anterior deltoid of the shoulder; triceps brachii and acroneus at the posterior area of the upper arm; the external intercostals and serratus posterior of the ribs; and the trapezius and rhomboids of the upper back. These muscles function somewhat as rubber bands in that as they are stretched, their tendency to retract or snap back to normal length increases. This tendency upon stretch gives muscles greater contractile powers or strength and permits them to contract more rapidly. This is one of the reasons why a basketball player flexes at the knees in preparation for the tip-off jump, the baseball player draws his arm back during the wind-up and the Olympic lifter keeps his elbows straight during the initial pull. All of these actions place the muscles involved on stretch.

Assuming that all the muscle groups in question are strong, in order to acquire more strength in the bench press they must be positioned in such a manner as to elicit he strongest contraction. Due to the fact that the pectoral and anterior deltoid muscles are located ideally for the action of drawing the arms up from the sides of the body and across the chest, their importance in the bench should not be questioned. These muscles provide the initial lift from the chest during the bench press and are assisted by the coracobrachialis and biceps brachii. In order that they be placed on effective stretch the chest should be held as high as possible through contained deep inhalation made possible as the external intercostal and serratus posterior muscles contract to lift and hold the ribs high. The chest held in the high position serves to increase the distance or puts the pectoral and anterior deltoid muscles on additional stretch since they originate from the anterior aspect of the shoulder and the medial an upper borders of the chest and attach to the humerus respectively.

A wide grip further increases the stretch and therefore the strength of these muscles. The close grip, although it does place the muscles in question on stretch, does not provide the ideal line of pull from the chest to the arm that the wide grip does. Furthermore, a narrow grip places additional responsibility too early in the lift on the triceps and acroneus muscles which, seemingly, are not as strong as the pectorals and anterior deltoid collectively. The elevated chest with the wide grip with the resultant muscle stretch starts the bar up from the chest with a great degree of momentum. Momentum is a critical factor in bench pressing just as it is in military pressing. If the bar is pushed rapidly from the chest the chances of its reaching the locked out extension are better than if the bar begins slowly from the chest. All things being equal, the narrow grip and the low chest position do not place the involved muscles on stretch adequately enough to cause the bar to rise from the chest rapidly.


Another important aspect to bench pressing is a solid stable position of the scapula (middle of upper back) on the bench. By tensing the muscles such as the rhomboids between the scapula and the trapezius which overlap the two scapula, and the subscapularis and teres muscles which attach the scapula to the humerus, the distance between them remains stable. This is important since the pectoral and anterior deltoid directly or indirectly pull on the shoulder girdle. If the scapula are not stabilized, the shoulder will move forward as these muscles contract rather than the arms moving up from the sides.

To understand this concept, one must realize that the chest and upper back muscles form what might be considered an action reaction band about the middle torso. When one of the muscle groups such as those in the back contract, the reaction is a pulling back of the shoulders and a stretching of the pectorals and anterior deltoid. Conversely, if the anterior deltoid and pectoral muscles are not tensed or stabilized during pectoral contraction, the shoulders move forward and the back muscles are stretched. Therefore, when the back muscles are not tensed or stabilized during pectoral contraction in bench pressing, the distance between the muscle attachments on the humerus and rib cage is less than that possible resulting in less stretch on these muscles and decreased strength.

These anatomical aspects regarding muscle function during the bench press lift are presented to stimulate critical thinking. In no way is this an attempt to cover all the anatomical aspects important to bench pressing. It is rather an attempt to provide several anatomical concepts which should be considered in all lifts. If one does not have a good anatomical background, all he need do is pick up an anatomy book. By looking at where the muscles in question originate and attach, one is able to determine how they function and more importantly, their most effective angle for optimal contraction. Those who train diligently should realize the importance of an anatomical understanding. With such understanding, exercises are selected with a full knowledge of what muscles are primarily involved, how they should position for optimal contraction, and supplemental exercises can be chosen which will overload the same group of muscles for strength at the desired angle.