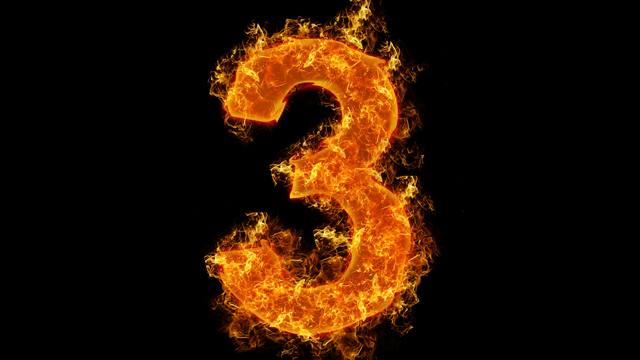 Article Courtesy of Liam Tweed.
An extra big Thank You for these latest Ditillo ones!


The reasons I have for writing this article are two:

First and foremost, I feel that I have some very special information to pass along to all of you and also, I hope, in some small way, to instill within you the desire and determination to succeed. I want it clearly understood here and now that I am by no means an authority on any subject, including weight training and bodybuilding. I do not possess any amount of great strength to even consider competition, and my physique does not even appear pleasant, to many people. So you see, I am really no different than many of you who are reading this article. I am really nothing to "rave about."

But it is for this very reason that I feel that I may be able to really help you fellows in your untiring quest for increased muscular development and power. You see, because I am no different from many of you, when I discover something that will work quite well for me, I can safely assume that it just might also work for some of you. Too many times, well meaning champions put their ideas on paper for us all to read and they really think and feel that we will be able to reap much benefit from their opinions. But what they forget is that they are champions and we are we. What will work for them, in their present state of strength and development will certainly not work for us who are not nearly as advanced. That is why I feel it is important for men who are not champions yet, who have the ability to print their training experiences on paper, to do so, because if anyone can help the average trainee, who can do it better than another average trainee?

During the many years I have been involved with weight training, I have many times, for many reasons, trained in various manners in hopes of obtaining certain ends. Many times  the results were not as expected and these experiences I would see no purpose in repeating to you here. But sometimes along the way I would make quite a bit of improvement and it is this type of improvement that makes this article what it is. For I feel that there were THREE TIMES during my training career that I really struck "paydirt" as far as finding a routine and training philosophy which really seemed to do the trick.

And it is these three training routines which I am going to reveal to you here and now.

My first routine is a TRAINING DOWN routine which could be used quite well by anyone who is overweight and who has very little muscle tissue underneath a thick layer of fat. When I began to train I was very fat and flabby. I had very little strength and very little muscle size. My initial reason for lifting weights was to lose all of this excess weight and get into reasonable shape. I decided to to all out in an attempt at losing fat and trimming down. I was not interested in obtaining muscle size at this time and this is why I recommend only those fellows who are fat and flabby (not massively bulky) use this routine. The kind of routine and diet I used and am going to pass on to you will not build muscle and it will not add to your physical impressiveness. However, it will trim you down and cut the fat off of you pretty fast, and later on, if you desire, you can always train in a more orthodox manner for gaining muscle size.

I followed this routine for approximately six months and I lost close to 50 pounds or excess fat. My waist reduced by 10 inches and I went from a 44 waist to a 33.5. I did this by following the routine I am about to tell you about.

And I also followed the included diet very strictly. I honestly feel that it was the combination of the two, diet and exercise, that did the trick.

A) Bench Press: 5 sets of 10-15 reps using a moderate weight and concentrating on speed of movement.

B) Rowing: 5 sets of 10-15 reps using a moderate weight and concentrating on speed of movement.

C) Squat: 5 sets of 20-30 reps using a moderate weight and concentrating on speed of movement.

D) Curl: 5 sets of 10-15 reps using a moderate weight and concentrating on speed of movement.

E) Situps: 3 sets of as many reps as possible.

F) Leg Raises: 3 sets of as many reps as possible.

I would rest for about one minute between sets and really pump out the reps. I was not concerned at this time as to how much weight I could handle. I was only interested in trimming off my fat.The kind of diet I followed during this time is as follows:

I would eat only the following kinds of foods - meats, eggs, fish, chicken and cheeses. I would have one glass of milk per day and one glass of fruit juice. Although I was ingesting quite a bit of protein on this diet and routine, I did not, however, register any appreciable increase in muscle size and at the end of the entire affair, I was very weak. However, I did manage to lose almost 50 pounds of unsightly fat and I improved my appearance tremendously.

The following routine (number 2) is the most result producing BULK AND POWER routine I have ever tried. And believe me. I have tried many! Using this routine I was even able to go from the low bodyweight which I had just lost and I have just mentioned to you (which was about 185 pounds) and by training and following the routine and diet which I am about to reveal, I was able to go up to 258 pounds. And I really packed on the muscular mass and power!

You see, after losing all that fat, I became really weak as far as lifting respectable training poundages is concerned. I became quite disgusted with myself and I decided to reverse the procedure and try to become as massive and powerful as I could. I was interested only in my muscle size and my ability to handle heavy weights. I was not interested in how "pretty" I would look or how pleasant I might appear to the common man. Here is on of the routines I followed during this period:

C) Curl [sometimes bentover row instead]: sets of 10, 7, 3, and an attempt at a limit single using all the weight I could handle.

A) Incline Press: sets of 10, 7, 3, and an attempt at a limit single using all the weight I could handle.

B) Press Behind Neck: sets of 10, 7, 3, and an attempt at a limit single using all hte weight I could handle.

C) Flying Motion: sets of 10, 7, 3, and an attempt at a limit single using all the weight I could handle.

I did not include any leg or lower back work at this time because I wanted to see just how much massive musculature I could add to my upper body without the uses of squats and deadlifts which many feel are necessary. I gained up to almost 260 pounds in a short while and I increased my lifts by the following amounts:

The bentover rowing I included sometimes instead of the curl.

The kind of diet I followed at this time is as follows: I ate all kinds of protein foods and also drank quite a bit of whole milk with eggs mixed in it. I took no other form of supplements during this time and I took no vitamins. I ate quite a bit of ice cream and fresh fruits and vegetables. In short, I put almost no dietary restrictions on myself during this time I was trying to add to my power and massiveness.

I would advise any bulk and power enthusiast to try my routine but to include the squat and deadlift in this routine, for I have found out that although you might realize many gains while on this type of diet and training regimen, with heavy squats and deadlifts you will realize even greater gains.

This third and last effective routine that I have followed is another TRAINING DOWN one similar to the first one that I outlined for you. I used this routine after I reached my heavy bodyweight and I used it to reduce my bodyweight somewhat and to also hold onto my muscular measurements as much as possible. By using this routine and diet I lost 40 pounds and kept a very large chest and arm development and did not lose too much of my pre-owned power.

A) Bench Press: 5 sets of 3-5 reps using all the weight I could handle.

C) Press Behind Neck: 5 sets of 3-5 reps using all the weight I could handle.

A) Incline Press: 5 sets of 3-5 reps using all the weight I could handle.

C) Press Off Rack: 5 sets of 3-5 reps using all the weight I could handle.

The diet I followed during this time: I ate only meat, eggs, cheese, fish and chicken. I drank one glass of fruit juice per day. I took four vitamin mineral tablets per day and I also took in an extra 60 grams of protein by using Knox Gelatin liberally each and every day. On my off days I would perform 500 reps of abdominal work. I ate almost no carbohydrates and absolutely no fats. At the end of this third and last experiment I had the following measurements: 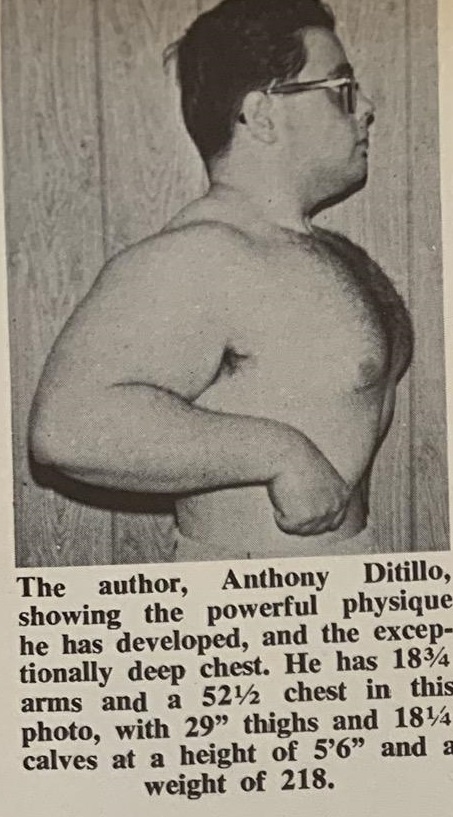 I am sure that any or all three of these routines will also help you if you are in the same position that I was when I decided to follow them. I hope that you achieve ten times the measure of success that I did, and I wish all of you all the luck in the world.