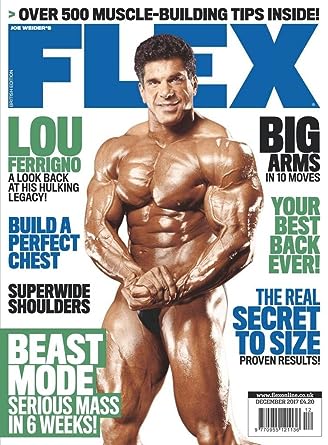 Building a solid foundation of strength and power throughout the entire body offers myriad benefits for the bodybuilder, athlete, casual lifter, and anyone with a physically demanding job. The ability to push and pull heavier weights, particularly in multi-joint, free-weight lifts, will most certainly manifest into increased muscle mass, improved athletic performance, enhanced work capacity, and perhaps most important, a better quality of life.

While isolation movements certainly have their place in many training regimens, they cannot compare with the basic compound exercises (for building true functional strength or power) simply because these types of movements require more balance and coordination, allow for the use of greater poundages, involve multiple muscle groups (performing in concert), and work the body in a manner more specific to real-world human movement. Here are eight of my favorites.

In my early years of lifting I spent quite a bit of time perfecting my technique on dips and eventually became strong enough to perform sets of 10 perfect reps with three 45-pound plates hanging from my waist. This strength transferred over to just about every other pushing exercise in my regimen and let me eventually crack the 500-lb barrier in the bench press. Additionally, dips helped thicken my chest and tris as few other movements did.

Performance Tip -
To focus on hitting the chest, keep the torso leaned forward about 45 degrees throughout the set and make sure to get a full stretch at the midpoint of every rep. For greater triceps recruitment, keep the torso straight, and lower to a point where your upper arms are just slightly past parallel to the floor.

This one is right at the top of the list since it involves one of the most basic movements we perform in life - bending at the knees (to sitting position) and pushing back up to a standing position. Additionally, the barbell squat is an exercise that allows for the use of massive poundages, requires great balance and coordination, and stimulates growth throughout the body.

Performance Tip -
Make sure to keep your head up, lower back slightly arched, and the bar set on the traps as you squat slowly to a position where the thighs drop just below parallel to the ground.

When it comes to the military press, I prefer the seated version for those lifters more focused on the appearance of their physique and the standing version for athletes and those requiring greater strength, power, and coordination. But done either way, this exercise is one of the most effective upper-body mass builders.

Performance Tip -
Make sure not to lean back too far (especially when seated), or this exercise will become more of an incline press. For those who have healthy and flexible shoulder joints, the behind the neck version of this movement is a solid option at every other shoulder workout.

Bench step-ups are slightly superior to walking lunges when it comes to effectively enhancing functional strength, coordination, and especially balance. In addition, I feel this movement is excellent for increasing vertical leap ability and muscle mass in both the thighs and glutes.

Performance Tip -
Make sure the foot of the working leg is secured entirely on the bench, stable and straight before initiating every rep. Additionally, avoid pushing off with the back leg so that you're utilizing only the power of the working leg to lift your body upward.

Whether performed with an underhand or overhand grip, the barbell bentover row is one of our most basic and effective back builders - from the traps to the lats and all the way down to the lower back. It requires great focus and control, as well as stabilization from the quads, hamstrings, and hips.

Performance Tip -
Keep the knees slightly bent to help support the lower back. Bend the torso to an angle of 70 to 90 degrees. (Note: Every bodybuilder has a sweet-spot angle where they get the best stimulation). Pull the bar to the belly button to activate the lats to a greater degree and closer to the chest to hit more of the mid- and upper-back musculature.

Exercises where you move your body through space, such as pullups, generally ignite the central nervous system to a greater degree, allowing for more muscle fibers to jump into action. This is awesome for building both power and muscle mass. Additionally, this movement is one of the most versatile, enabling one to attack the back musculature from many angles (via altering grips and planes of motion), which will create more complete development of this intricate body part.

Performance Tip -
Change the width of your grip workout to workout to stimulate different areas of the back complex. Experiment by pulling your torso to the upper, mid, and/or lower chest for even greater variation in precisely which motor unit pools are not exhausted. Additionally, using an underhand grip on the bar will shift the emphasis more directly toward the belly of the lats and strongly engage the biceps as well.

Known as the king of upper body exercises, the bench press may be the most commonly performed movement in gyms all over the world - and for good reason. It's responsible for helping build some of the biggest pecs ever seen, on men like Arnold Schwarzenegger, Lou Ferrigno, Franco Columbu, Ronnie Coleman, and Kevin Levrone.

Performance Tip -
Make sure to keep the rib cage high, the lower back arched, and the shoulders shrugged down and back for maximum pectoral fiber recruitment.

This is one of the most basic movements in the world or iron, closely resembling a simple task we all perform multiple times every single day: bending down to pick something up. But proper deadlifting requires meticulous technique, with almost every muscle pitching in to take the barbell through its entire range of motion. Some of the thickest and and strongest men ever to grace an IFBB stage (Coleman, Jackson. Columbu) were also big deadlifters.

Performance Tip -
Rather than rebounding the bar off the floor or rack pins (if doing partials) on each rep, come to a dead stop, which will remove any useless momentum and force the weight to be moved purely by powerful muscular activation.


In Part Two, I will show you how to use these compound lifts to create a power-bodybuilding routine, so over time you will not only lift big but also look big.