The 1965 Strength & Health Picnic was a seminal moment in my career as a competitive bodybuilder because on this occasion Val Vasilef pointed out Dr. John Ziegler to me. My curiosity regarding the doctor began when Val, who was also my training partner and good friend, had made previous mentions that Ziegler, " had a machine which grew muscles!" So, on the basis of that "thought seed", I had attempted to read all I could about the doctor offered in the pages of Strength & Health magazine.
Actually, good fortune struck twice at the aforementioned picnic as there was an after-party at Bob Hoffman's house, and thanks to my close ties with Val I also got invited to this shindig. There were a number of Iron Game notables present, including the Raders and Dr. Ziegler among them.
Holding "court" at one of the social circles was Dr. Ziegler, talking in his inimitably unapologetic and animated way about a variety of mind-bending topics, including time travel. While listening to him expound, my first impression was, "Wow! this guy is out there" eccentric.
Funny thing, though, the longer I listened, the more I sensed his genuineness, so that by the end of his oratory, I was ready to sign up for extended time travel. Of course, the Ziegler creation I was more interested in was his Isotron, or as Val described it, the "machine which grew muscles."
And fueling this personal curiosity all the more was a revealing conversation Bob Hoffman and I had on the way to my car when leaving for home. Sensing my growing interest, Bob spoke effusively and very descriptively while praising Dr. Ziegler, and especially his Isotron. One statement the major domo of Olympic weightlifting made to me then which I never forgot was, " Bill, Ziegler's machine is just unbelievable!"
Think about the implications of that endorsement for a minute: here was the number one advocate of barbell-dumbbell (weight) training talking up this machine so glowingly to a dyed-in-the-wool weight guy! Quite progressive of Bob, all things considered!
Before continuing on, I want to put a finer point on the doctor's personality, thought processes, and especially his genuineness, which was mentioned a couple of paragraphs ago. As my association and rapport with Dr. Ziegler reached a level of extreme mutual trust over time, he would occasionally reveal pieces of himself and his innate complexity, such as his limitations with the ordinary, while juxtaposing his familiarity with the extraordinary. For instance, he once remarked, " I can't make coffee or fix the toaster, but I am involved in electronic medicine." 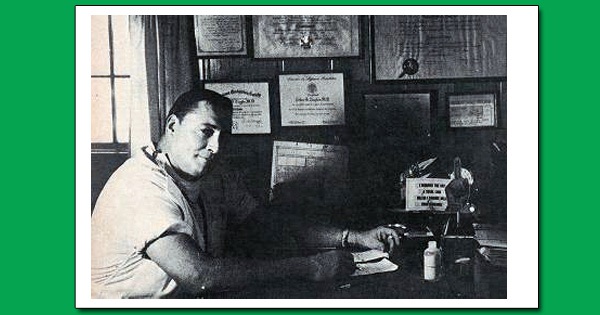 
Note: This is the third in a series of related articles on Doctor John Ziegler.