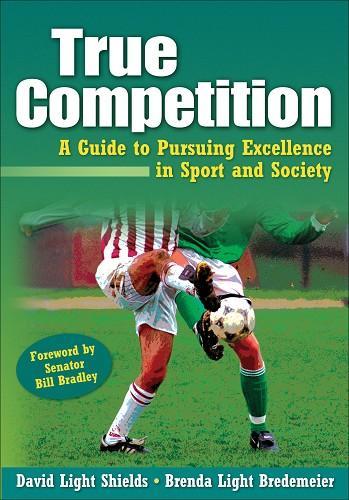 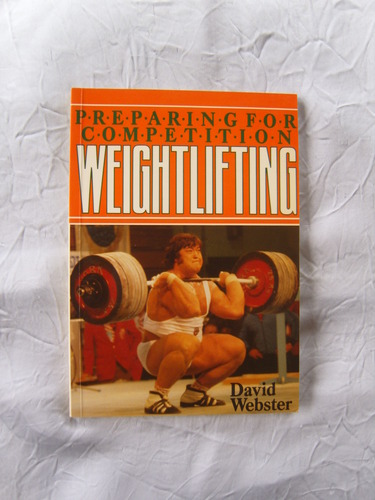 The archetype of the contest is in evidence throughout history and across cultures. The contest is the pitting of a person against another person, animal, or mythical creature. It is the literal or symbolic entering into the "pit" to fight. From the Roman Colosseum to the YMCA gym the contest has been held over and over.

I believe it is this participation in the bringing to life of the archetype of the contest which gives deep psychological meaning to lifting and physique competition. It is that going forth before the public, entering the "pit" to fight, symbolically, that draws people to the lifting platform and the posing dais. This participation offers a richness of experiencing. It offers one the opportunity to share in a central human experience which has been known since time immemorial. To strike a "double-biceps" in the posedown, or "lock out" a record breaking jerk on a fourth attempt, before a screaming crowd, brings one in touch with the same emotional experience that Samson must have had when he toppled the temple pillars. Whenever a man has tapped into that archetype of the contest, surely it has sent a wave of awe and excitement reverberating through his or her soul.

I am not saying that every time one enters a competition that it is a profound experience. What I am saying is that the contest archetype exercises a certain pull and offers the possibility of a psychologically deeply meaning experience. The universality of the experience and the powerful emotion which is released when the archetype is tapped make the experience worthwhile.

All of us have in our collective unconscious the potential to recognize and experience the same profound feelings that the gladiators of all times and all places have felt. The battle has evolved to the level of the symbolic in its manifestation in the weight sports. In physique contests it is the "look" of victorious power which is contested. And, in competitive lifting, it is the demonstration of great strength, as symbol of supremacy, which is at stake. In both cases, the symbol of physically overcoming the competitor is contested, not a literal fight. It is to our credit to have humanized the contest in this way, and not to request a literal maiming or killing to prove the physical superiority of one modern gladiator over another. (The contest is, obviously, much closer to the literal in boxing and full-contact karate.)

Just as the form of the contest in the weight sports evidences a humanized evolution, substituting symbolic victory of muscle over muscle for the literal victory by maiming or killing, there is room for more evolution of attitude toward competition. Even in the civilized competition of the weight world, the predominant attitude is that there are winners and losers. In the technical language of game theory, this outlook corresponds to the playing of a "zero-sum game." In a zero-sum game the loss of one player equals the gain of another. So, if you add the losses and gains, the sum is zero. There are some limitations or even problems inherent in the zero-sum game outlook. First of all, when a contest is so defined, for there to be a winner, there must be a loser. And, no one wants to be a loser. The way contests are usually arranged, a first place is awarded to the winner, and depending on the number of competitors, second,  third, or even fourth place may be awarded. But there is, by definition, only one winner, one first place. Everyone else is a loser. Some are "more losers" than others, but everyone who doesn't walk away with a trophy inscribed with "First" is a loser. The upshot of this is that many people emerge from a contest feeling bad about themselves.

The zero-sum game encourages a chauvinistic attitude, rather than an attitude of equality and peership. This may be more or less subtle in its effect. But, when a winner is defined vis-a-vis a loser, the tendency is to praise and identify with the winner and to degrade the loser. The honor and loyalty of team members and fans in the pursuit of being winners creates definite lines of strain. This is, then, another negative effect of competition. Even if competition affords an opportunity to learn and practice cooperation within one's team, it discourages a spirit of cooperation between members of one team and the other. In addition, as the team gets smaller and smaller, there is cooperation with fewer and fewer others, until, in the case of the individual competitor, all cooperation is in violation of the rules of the zero-sum game.

In entering the iron world as a path for personal growth one would be at cross purposes to become heavily invested in winning. Winning not only is not everything, it may be nothing in comparison to the things which can be learned in the process of lifting and competing.

What I am suggesting is the use of competition as a "nonzero-sum game." Rather than defining the participants as winners and losers, everyone can in some way emerge a winner. This would eliminate the bad feelings and erosion of self-esteem which attend being declared a loser. It would also allow for more experience of peership and cooperation. We have evolved, as I said earlier, to the point that the muscle to muscle contest is symbolic. It is no longer a fight to maim or kill. So, can we also evolve to beyond the point of inflicting psychic pain and discouraging cooperative relationships?

How, then, can the lifter who has chosen to pursue lifting as a path of growth benefit from competition? How can lifting and physique competition be approached as a nonzero-sum game? These become important questions when the value of competition as an opportunity to declare oneself publicly and to participate in the living out of the contest archetype is realized.

First, one can shift the emphasis from comparing oneself to the others, to measure one's growth against one's potential. The lifting or physique contest can be the occasion for marking one's progress. How well am I doing, relative to the previous meet? How well am I doing relative to my practice sessions? In a sense, then, the contest is with oneself. What the other competitors do is, really, irrelevant. What I am focusing on is how I am doing, relative to what I am capable of.

Second, and more profound in its effect, is the shift of focus from outcome to process. This means to place the value on the process of competing rather than on the score. It means to really enter into the lifting of the posing without concern for how one places. In oriental philosophy this is called "detachment." Competing with detached interest means that one has let go of judging how one is doing, relative to the other competitors, or even how one is doing relative to oneself! the competition is no longer dead serious. What is important is enjoying oneself as one explores oneself through the process of lifting or posing. The meaning is found in the journey, not in the arrival at the destination.

In terms of exploring oneself, and beyond that, working on oneself, competition offers something different for lifters having each of the three types of body script. For the lifter with a "disuse your body" script, a central issue is his phobic attitude. Such a person tends to be shy and overly cautious. The lifting or physique contest is an excellent opportunity for the exploration of shyness and cautiousness. By putting oneself in the contest situation the lifter can explore, in depth, his thoughts and emotions. He can come face to face with the enemy -- fear. By being willing to face this fear, feel it fully, and act in spite of it, the lifter is working on personal growth. It is this acting in spite of the experience of fear that eroded the phobic attitude. The contest is a place for this lifter to practice taking the risk of going all out, of making that total commitment in each lift or each pose. By making that committed effort, without hesitating and without holding back, this lifter can learn that whatever happens is almost never as bad as he had feared. And, in fact, what happens is usually far, far better than the phobic attitude would predict. With practice, the previously shy lifter can come to lift of pose boldly and enjoy the process, free from phobic feelings. The key is the consistent working on oneself.

For the lifter of impulsive attitude, the issue which can be worked on is a contest is the opposite. As we have seen, with this "misuse your body" script there is a tendency not to be cautious enough. So the lifting or physique contest is an opportunity to experiment with holding back a bit. This lifter can experience what it is like for him to proceed with some caution. So, instead of calling for a weight which is far more than he has lifted, this lifter could call for a weight lifted in training or slightly more. If this is the lifter's opening lift, he could call for a weight which is less than his best, a weight he can easily lift. In the case of posing, this process of experimenting may be more subtle. He may stick with the poses and sequence practiced, not attempting anything on impulse. The idea is to "break the script" by not acting on impulse and thereby decreasing the probability of injury, in the case of the competitive lifter. For the physique contestant the risk of injury during his posing is very slight. The "misusing" of his body will take place in training. Even so, the practice of caution in the meet is worthwhile. First of all, it can carry over into training. Second, and perhaps of more potency in its effect, the exercise of caution may bring the person face to face with his urge to be impulsive. The thoughts and feelings surrounding this can then be explored for deeper personal understanding.

The self-actualizing lifter, lifting from a "use your body" script, can use the contest as an arena for exploring that middle ground of being neither too cautious, nor not cautious enough, being neither shy and timid, not impulsive. He can also explore the de-emphasizing of "serious competition" with others. This can be developed to the extent of learning about detachment from the outcome. This lifter can raise his consciousness by coming to that point of enjoying the process of competing without the negative effects of being overly attached to the results. He can enjoy the experience of living out the archetype of the contest, hampered not by timidity, shyness, or over attachment to the outcome. And every contestant who does this is a clear winner.