Systems and Methods I Have Used - Bob Peoples 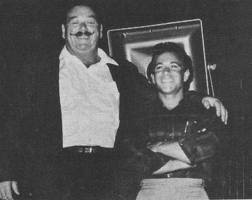 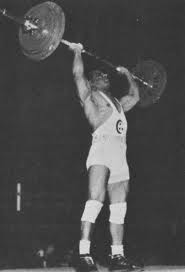 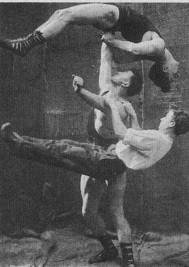 Systems and Methods I Have Used
by Bob Peoples


I first became acquainted with weights when very young and started tinkering around with a 50-pound dumbbell and other odds and ends. I followed no system as I knew of none. The first lifter I saw was in , he was a sidewalk strongman who lifted a set of boxcar wheels by means of a harness. I was neither big nor strong but continued to try my hand and do some exercises. Then came the time I became acquainted with some magazines and acquired some knowledge of training.

The first system I followed was the double progressive system, taking a given weight (for example, 100 pounds) and performing five repetitions and working up to ten. Then more weight was added and you began with five repetitions once again. This can be applied to all exercises and the number of repetitions varied from three to five, add weight and repeat. This, in my opinion, is the most foolproof method known. It is easy for the beginner to follow and a system whereby he can gauge his progress more easily.

As to the time of training, I found in my case late afternoon to be the time of my highest energy peak. However, I trained any time I could find time or when circumstances permitted.

The number of times per week varied. More often I trained on an average of four to five times a week but have trained on Monday, Wednesday and Friday, or every other day. I have also made good progress one or two days per week, but I did not follow a one or two day per week pattern very often. Very early in my training I built a power rack and included in my routine the heavy supports in yoked position. I also did half and quarter squats and lockouts. I also have used the rack with slots for leg pressing and press outs over head and lockouts over head. When I got down to serious training, a routine of the following was used:

I kept strict records and when five repetitions were reached, I added weight and started again, making as much progress as possible on each of the individual lifts. Along with this, I used some heavy lockouts or half and quarter squats. I always did situps with weight and some leg raises along with the above routine. At times, I would mix other exercises in with my regular routine. Some of these were chin-ups, neck work, curls, toe raises and others.

I usually used one set of low repetitions for strength building. I used the most weight possible and went for as many repetitions as I possibly could, going the limit every day.

About every two weeks or less, according to the way I felt, I would try a personal record on the deal lift, deep knee bends and the three Olympic lifts.

I used the alternate press with dumbbells to a great advantage. I made good progress here but the two dumbbells simultaneous press, I never mastered. I never used single arm presses to any great extent.

I did not use the strictest form in training but would strive to get the weight up in some form. But for training for a contest, one must work on good form so that his lift will pass the judges.

Many have used the set system and have build huge muscle and strength by taking a certain weight and going five repetitions, then resting, and going another five, and so on, until three sets or more were made. In my case, I found this to be more tiring and as I always used maximum weight and repetition, I felt I could not make as much progress for strength building with the set system.

I used the heavy and light system some but saw no advantage in lightening the load and doing more repetitions. It seemed a waste of energy.

I used the system of taking a certain weight and performing the same number of repetitions each training day. I made progress here but found it more difficult to gauge my progress. For example, if I could use 450 pounds for the dead lift each day for about two weeks, I was good for 600 pounds in a single dead lift. However, I abandoned this method for the double progressive system as I felt I made much greater progress with it. For example, I take the dead lift from the rack at top side and lower to where you can pull out, then gradually lower the rack setting about one inch at a time as you improve, continuing over time until you can perform one full dead lift with the weight. Then add weight and got through the process again. This is the double progressive in a different form. Some progress can be made but I prefer other methods.

I have used the method of doing upper body work one day and lower body work the next day. This worked well for me.

I have used and experimented with leverage and cam machines. The leverage machine had a terrific kick back. I used this for special work.

I found fighting maximum resistance all the way very fatiguing or exhausting and preferred another method of breaking the exercise into three parts (start, regular and finish movements). For example, in the press, you can start and do five repetitions with 300 pounds. Using this in a separate movement, five starts do not use much energy. Then do the finish movement, starting slightly above the sticking point. If you can use 300 pounds for five repetitions, this can be performed with much less energy. Then do the regular press. For example, in using maximum resistance, 200 pounds is the maximum weight at the point of longest leverage (sticking point). By using 200 pounds in a regular movement, more repetitions can be accomplished. As the sticking point is the crucial point, one gets tow or more movements or repetitions through this crucial point than with the maximum all the way movement. This, in my opinion, is a superior method. The maximum resistance all the way method will give results, but, in my opinion, it is inferior to other methods.

The dead lift can be broken into three movements – regular and high movements and doing half and quarter squats for starting the dead lift.

The deep knee bend can be broken into two movements – regular and half bends.