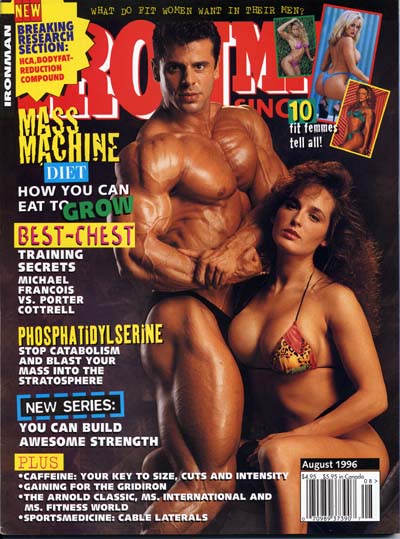 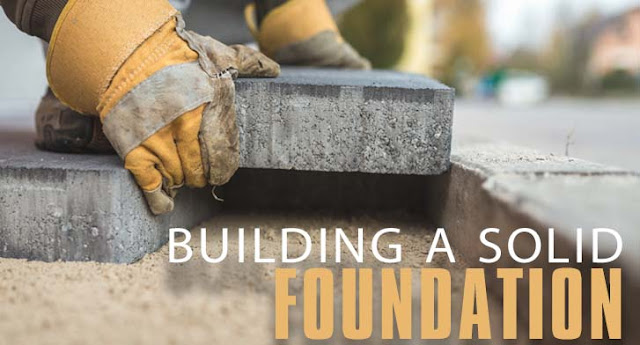 Note: This is the first article Mr. Starr wrote for his Only the Strong Shall Survive series for IronMan magazine. There followed several years of coherent, experience-rich gems, a treasure we should all take a moment to be thankful for. Yes, I'll go so far as to say the series is a thing of great beauty, created by one of the lifting world's geniuses.

The initial goal of everyone who seriously takes up weight training is to get bigger. Getting stronger usually comes second, but bigger is almost always the priority. This quest for SIZE takes trainees down the wrong road, however, because the key to attaining greater size is to build a foundation of strength. Strength is the basis for all development, whether it's an infant learning to walk, a patient coming back from a prolonged illness or a conditioned athlete seeking a higher level of fitness.

"Strength undergirds all other factors when one considers the total functioning of the body movements. Without sufficient strength, factors such as endurance, flexibility and skill cannot be used effectively." This quote may sound like something that came from the mouth of a strength coach, but in fact the words are from a professor of physiology, Dr. Gene Logan, author of Adaptations of Muscular Activity.

Many who write about and teach weight training are of the mistaken opinion that any form of strength training is directly opposed to the principles of bodybuilding - and vice versa. In truth, the two activities are not mutually exclusive. When programmed correctly, they go together quite nicely.

Every bodybuilder should use some form of strength training during the year, and every strength athlete would do well to incorporate some bodybuilding exercises into his or her routine.

When I first got involved in physical culture, all the bodybuilders I met were as strong as they looked. Over the years this concept has somehow gotten lost. Part of the change was due to the massive influx of steroids into the gyms across the country. In the past people who considered using some form of anabolic steroid had to visit a doctor and follow some sensible guidelines to ensure their health. Once it was discovered that black market steroids were big business, they suddenly became very easy to buy in locker rooms. A few gym chains became notorious for distributing them, and they could also be had through the mail.

The issue of health isn't the only reason that the drugs are detrimental. They make a person lazy. It's so much easier to get bigger and stronger, but at some point progress comes to a halt. That's just the natural process. Before steroids came along, trainees had to learn how to break through the plateaus. They were forced to analyze their routines, make modifications and then work a great deal harder in order to get to the next level.

Drug users, on the other hand, are unaccustomed to dealing with the challenges through serious study and more effort, so they merely increase their drug intake, sometimes to absurd limits. Unfortunately, the result is similar to what happens when someone builds a house on a foundation of sand. Eventually, they can't up the doses anymore, as the pharmaceuticals start acting like poison. All progress comes to a grinding halt, and the gains that were achieved via drug use vanish because the trainees have absolutely no idea what to do.

The second reason bodybuilders have lost the habit of building a solid strength base is the tremendous number of machines that have flooded the market since the 1980s. Today there's a machine for every imaginable bodypart. Now, I'm not anti-machine. Not at all. I believe they serve an important function in strength and fitness training. I also believe, however, that when they're used exclusively of used in place of a more difficult exercise, they deter progress. Simply put, it's easier to work on a machine than it is to use free weights. It's less stressful to do leg presses or squat inside a Smith machine than to perform full squats with a barbell, and it's more fun to work on a T-bar row and the lat machine than to grind out the final few reps of a heavy set of deadlifts or high pulls. In other words, anytime an exercise is made easier, apart from improving technique, that exercise is going to be less productive. The body responds to stress, not to comfort.

Training for strength is currently considered the exclusive domain of Olympic lifters, powerlifters and those engaged in scholastic, collegiate or professional athletics. This was not always the case. The top physique men of the '40s, '50s and '60s were often among the strongest people in the world. These older champions fully understood the necessity of strength work and spent a great deal of their training time on pure strength movements. They built their physiques on strength, and many were extremely powerful. John Grimek, the grand master of bodybuilding, could clean and press 350 pounds at a bodyweight of 180. Vern Weaver may have been the strongest Mr. America ever. He once power cleaned and jerked 380 in an Olympic lifting contest. Val Vasilef was also impressively strong. So were Sergio Oliva, Bill Pearl and Dennis Tinerino. Many of the best in the world of bodybuilding put on strength exhibitions.

The change in training philosophy came about when Joe Weider assumed control of physique competition in the early '70s. When the AAU ran the sport, the contestants were awarded athletic points, and these were absolutely critical for success in the major contests. Since the AAU bodybuilding contests were always held in conjunction with weightlifting meets and bodybuilders generally trained with weightlifters and did many of the same exercises, they found it convenient to compete in the meets in order to obtain the athletic points. In the process of doing clean & presses, snatches, clean & jerks heavy front and back squats, plus lots of heavy pulls, they developed the massive powerful physiques that we don't see on today's bodybuilders.

When Weider took over the sport of bodybuilding, the athletic points were dropped. This really made perfect sense, but as a result, the newer wave of competitors stopped doing the difficult exercises and turned to the easier ones. Why wear yourself out doing heavy pulls off the floor when there's a T-bar row just aching to be used? Bench presses and incline presses are certainly more enjoyable than clean & presses. The baby got thrown out with the bathwater.

One final reason that today's bodybuilders don't do strength training is, they really don't know exactly how to do it. There's some information in some of the magazines, but for the most part it's fragmented and presented in a way that overwhelms the timid trainee. In the event a strength program is publicized, readers often skip over it, since they quickly understand that it involves lots of hard work. There's no question that grinding out a max set of squats is much more demanding than doing countless sets of bench presses or curls. And that's basically why so many people who train are so pathetically weak.

During the blizzard that socked the East Coast last winter, I was forced - and forced is the correct word - to train at the local la-de-da club. In two workouts, which took a total of maybe three hours, I didn't see a single person do squats or heavy pulls. College-age trainees were straining on 95-lb. inclines and 155-lb. benches. The machines, however, were so popular that there were actually lines of people waiting to use them. The concept of trying to be as strong as you look certainly didn't apply in this facility.

Many who are primarily interested in improving their physiques are confused about the role of strength training. Those who only want larger arms and a thicker chest cannot always see why they should bother with squats or deadlifts. "I never plan on entering a powerlifting meet, so why should I do those lifts?" is something I hear a lot. "All I'm after is another inch on my biceps."

If I'm in a patient mood, I take the time to explain that doing the big-muscle exercises, such as squats and deadlifts, will give someone a much better chance of adding that extra inch or two to his upper arms than if he just continues to work his biceps directly. I once observed two high-school age trainees spend an hour and a half doing nothing but curls: standing barbell curls, preacher curls with an EZ-curl bar, then set after set with the dumbbells. Two months later I saw them again. They went through the exact came routine, so I assumed they'd been doing it steadfastly over the past eight weeks. Amazingly, after all that work their arms weren't a millimeter bigger. Admittedly, they were well-defined, but a 13-inch arm, defined or not, is still not all that impressive.

On the other hand, I've put several youngsters on a pure strength routine who packed two to three inches of muscle on their upper arms in less than a year. In many cases they only did a couple of sets per week for their biceps. The strength exercises gave them all they really needed to add size to their arms.

How can that be? How is it possible to get bigger arms without doing lots and lots of specific exercises for your biceps? The secret - if one can be so naive or presumptuous to call it a secret because the concept has been around since Milo first lifted his calf - is that when you stimulate the larger muscles of the body with heavy workloads and force them to get stronger and grow, there's always a corresponding positive effect on the smaller muscles. Simply stated, if you pack on 20 pounds of bodyweight by performing heavy squats and deadlifts, you're automatically going to add size to your upper arms.

Strength training is primarily aimed at enhancing attachment strength. The tendons and ligaments are the body's sources of strength. Make the attachments stronger and it's so much easier to increase both strength and size in the various muscles. One of the reasons that many trainees are able to increase upper-arm size without doing any curls whatsoever is that they do pulling movements with heavy weights. Exercises such as power cleans, high pulls, bentover rows and shrugs all activate the attachments in the elbows as well as the prime movers, the brachioradialis and brachialis.

After handling 500-plus pounds in the shrug, those attachments and prime movers are forced to get stronger. That means you can use a much heavier weight for curling.

When performed correctly, strength training is fun training. Nothing is quite so addictive as getting stronger. Progress comes quickly in a properly administered strength routine, and this makes it self-motivating. I've placed a number of aspiring bodybuilders on strength programs, and they've all responded most favorably. Contrary to what some believe, bodybuilders do thrive on hard work. In most instances they just haven't been taught correct form on some of the strength movements or been given a concise program to follow. Once they learn proper technique and understand the principles of strength training and how it applies to bodybuilding, they work as hard as my most dedicated strength athletes.

In future issues I'll present a precise course on how to organize and implement a strength program. I'll also explain the various concepts of strength training, such as overload, figuring workload, the heavy/light/medium system, plus several other principles intrinsic to the science of strength training.